Love Twelve Miles Long is the story of a young Frederick Douglass and his mother, Harriet Bailey, who walked twelve miles to visit her son. In this BookTalk, author Glenda Armand discusses the bond between a mother and her child as well as the importance of discussing slavery with children today.What did you know about Harriet Bailey before writing the book? Did you feel a personal connection with Harriet while working onLove Twelve Miles Long?Glenda Armand: I learned about Harriet Bailey from reading Frederick Douglass’ autobiographies (he actually wrote three). I felt a strong and immediate connection to her when I read about her late night walks to visit her son.This is your first children’s book. What made you decide to write?GA: I have been writing since childhood. I used to take our family photo albums and write captions for the pictures. Unfortunately, I wrote in ink using my best third grade cursive across the front of each picture. Still haven’t lived that down.Through the years I have written plays, poems, and stories for my students, and for family and friends. In Love Twelve Miles Long, my passion for writing, for teaching, and for history all came together. 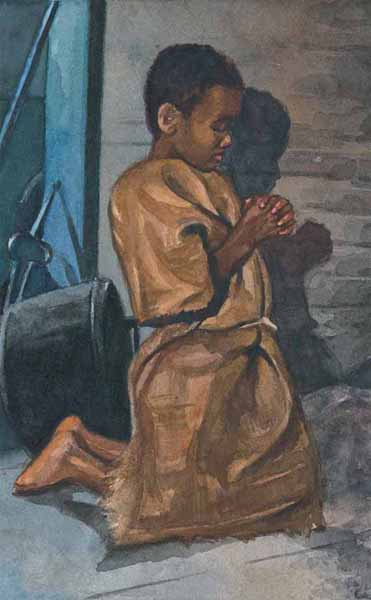 The manuscript for this book originally won the Lee & Low New Voices Award. How did it feel to win that award? How did it feel when you first saw Colin Bootman’s illustrations?GA: It was just before Christmas that Louise May called with the news. I felt overwhelming gratitude and joy. It was a wonderful gift.When I first saw Colin Bootman’s illustrations, I was honored that he was able to take my words and translate them into such touching images. I also felt admiration for his talent.Although Frederick Douglass is a well-known figure, the story that inspired Love Twelve Miles Long is less commonly known. Why did you choose to focus on Frederick’s relationship with his mother, although he never knew her well?GA: In his later autobiographies, Frederick Douglass writes lovingly and proudly of his mother. He credits her with having had a strong influence on him. He said, “I was grander upon my mother’s knee than a king upon his throne.” I was fascinated by his strong feelings in spite of his having spent so little time with his mother. I believed that there was a story in this bond between mother and son. I decided to tell their story, mentally putting the two of them in Old Master’s kitchen and then, with pen in hand, listening in on their visit. The connection that I felt to Harriet was never stronger than when Frederick asked (and I wrote), “Why did God make us slaves?” I decided that I didn’t want him to ask that so I crossed it out. And then I heard Harriet’s voice saying, “Let him ask the question.”Our Lee & Low Marketing and Publicity team walked twelve milestogether to celebrate the book’s publication, and it truly is a long distance. What inspired your ideas about how Harriet might make the time pass as she walked? 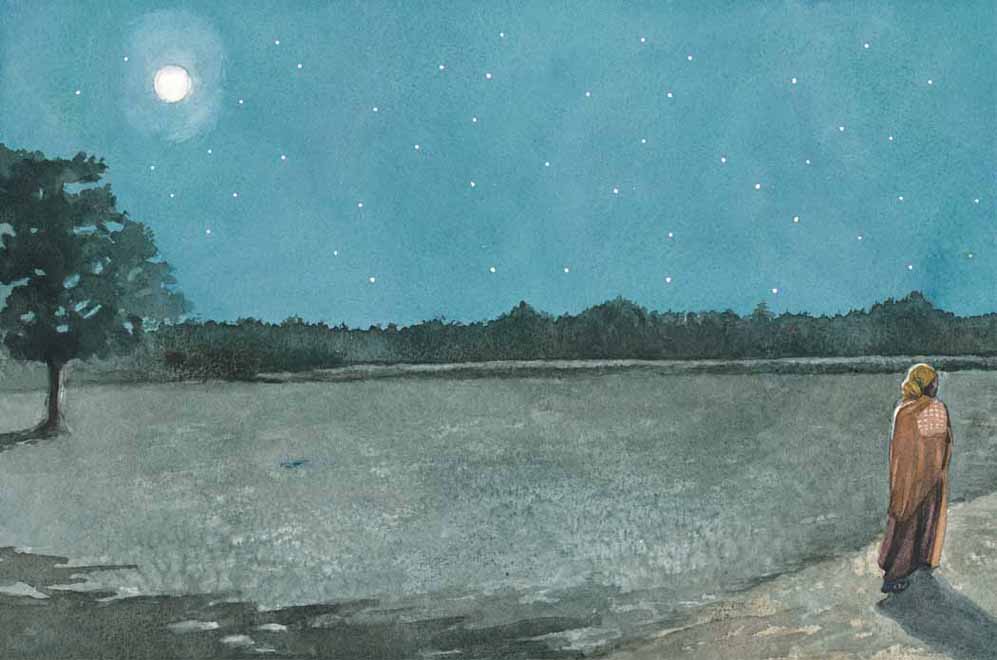 GA: Yes, it is a long distance. And imagine beginning such a walk when you are already bone-tired, and knowing that you are going to walk the distance twice that evening: just an amazing testament.When I decided to tell the story “by the mile,” I wrote the numbers one through twelve on a sheet of paper and thought about how Harriet would have passed the time. Then I wrote down the one word that came to mind for each mile. One word seemed to lead directly to the next. The list became an outline for the manuscript.In the book, Harriet passes the time during her walks by praying and contemplating. What role do you think spirituality played in Harriet’s life? Do you think this affected the person that Frederick Douglass grew up to be, and if so, how?GA: Frederick Douglass may have been thinking of his own mother when he said, “The fear of God and the hope of heaven were sufficient to sustain many slave women.” Frederick Douglass often acknowledged his own abiding faith in God.What are some of the challenges inherent in writing historical fiction about real people?GA: The challenge is to make sure to remain within the realm of possibility—to take things that happened and things that could have happened and weave them into a story.As a former teacher who is now a librarian, why do you think it is important to include multicultural stories in classrooms and libraries?GA: I have worked with students in grades pre-Kindergarten through twelve. Young people want to know that they fit in. Telling universal stories from various points of view lets them know just that. Children will see their own mother in Harriet no matter what their own mother looks like or what language she speaks. If their mother does look like Harriet, the children take comfort in knowing that their story is one that others can relate to. Multicultural stories show us how much we are alike.Many books about African American history are relegated to being used only during Black History Month. Why would you say Love Twelve Miles Long has universal appeal and should be read all year long?GA: I think it can be read at any time of year: it is a story about mother-child relationships, about slavery, about American history, and about a great statesman. It is a story about family and tradition. And it’s a bedtime story.I can think of two aspects of Love Twelve Miles Long that give it timelessness and universality: one is the mother-child relationship and the other is separation anxiety. There are many reasons that a parent might have to be separated from a child: divorce, financial problems, illness. Children in circumstances such as these can relate to Frederick’s situation. And they can learn that there are ways—traditions, rituals—that can strengthen the bond with the absent parent.

What messages do you hope readers will take away from the book?GA: The lesson of the twelfth mile: that love triumphs over all.Can you tell us about any upcoming projects you are working on and excited about?GA: I am excited about a story I have written about Hercules, an 18th century African American chef. Hercules is fascinating for several reasons (other than his great name). He earned a handsome living and was famous during his time not only for his culinary talents but also for his fancy wardrobe. What makes Hercules’ story all the more remarkable was that he was enslaved and his owner was George Washington.Learn more about Love Twelve Miles Long

Has one comment to “Discussing Slavery and Mother-Son Relationships”

You can leave a reply or Trackback this post.